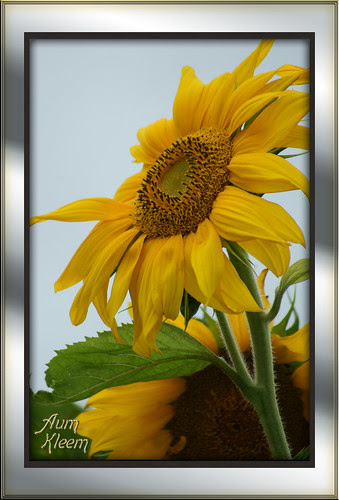 Tribute to Mammy Mayes and the Shiloh People

Our Saskatchewan story begins with Abraham Lincoln (1809-1865) who served as American President between 1861 until his assassination in 1865. Lincoln was elected in 1860 following a campaign opposing slavery expansion in the United States.

"Those who deny freedom to others, deserve it not for themselves; and, under a just God, can not long retain it," spake Abraham Lincoln.

Following this battle the newly freed African Americans embarked on a journey westward to the 'Indian Territory' and Oklahoma. Other Americans were also attracted to lands east of the Rocky Mountains by the American 'Homestead Act of 1862'.

Amid the approximately 1,300 Black pioneers seeking homesteads in the Canadian "Last Best West" were Preacher Joe Mayes and his wife Mattie (c1850-1953), and twelve families travelled 1,500 miles north to Maidstone, SK, during 1908-1909. Both had been born into slavery, moved to Tennessee with their families where they met and were wed. They settled in Oklahoma and started a family.

The Dominion Lands Act put forward by Canada in 1872 looked appealing in the face of the developing racial segregation forbidding black vote and implementing "Jim Crow Laws" in the United States settlements.

Establishing the one room log Charlow (Shiloh) Baptist Church, the community soon blossomed into a settlement of fifty families. Not only was this the first black community in Saskatchewan, but it is the site of the only African Canadian cemetery in Saskatchewan. Amongst 37 graves of the Shiloh community are members of the very large Mayes and Lane families, in fact Julius Caesar Lane was the first internment 1913.

Shortly after their arrival in 1910 the families organised to form a one room school district, which was finally approved in 1915 by the Rural Municipality of Eldon #471. Eldon School District No. 3613 was a racially integrated school fulfilling a dream of the "Shiloh People".

The church closed in the 1940s, the cemetery about 1945-1946 and the school in 1959. There were special dispensations to inter George H. Mayes, and his wife Lucille in the cemetery in 1975 and 1987 respectively, but Mattie "Mammy" Mayes was buried near Edmonton, AB rather than the Shiloh Cemetery as she wished. Both the restored church and cemetery are protected provincial heritage sites so declared in 1991.

Following the exodus of people from the rural farms of the plains during the depression years of the dirty thirties, and the call to arms of World War II, many black men settled into employment as porters and baggage handlers on the railway lines. African Canadian settlement spread throughout Canada.

In Saskatchewan African Canadian players are remembered for their sport accomplishments. The Indian Head Rockets was a provincial championship baseball team which hired players exclusively from the American "Negro League".

And from the Mayes family which settled near Maidstone, Reuben Mayes is a renowned football running back in the NFL and went on to play for the New Orlean's Saints according to Bill Barry [Geographic Names of Saskathewan]. "It's ironic that I'm back in the South. The Mayes family almost starved that first winter in Canada. We're hearty, driven folk", he said of moving from Saskatchewan to New Orleans's to play ball.

Harry Jerome (1940-1982), the son of a railway porter, broke international sprinting records earning the moniker "The man who runs faster than his shadow".

On August 15, 1971, during Saskatchewan's homecoming year, a memorial plaque was dedicated in the Shiloh Church yard which reads "In 1910, Mattie Mayes, matriarch, who was born into slavery, and about 40 members of the Mayes family emigrated from Oklahoma." Over 500 gathered together for the anniversary celebration 61 years since the first pioneer arrived.

"Every man is proud of what he does well; and no man is proud of what he does not do well. With the former, his heart is in his work; and he will do twice as much of it with less fatigue. The latter performs a little imperfectly, looks at it in disgust, turns from it, and imagines himself exceedingly tired. The little he has done, comes to nothing, for want of finishing." ~ Abraham Lincoln.

How do I locate my Ancestor's Home Town in Saskatchewan?

Maybe the Ghosts will Live Again

All rights reserved. Copyright © Julia Adamson. All my images and text are protected under international authors copyright laws and Canadian photography laws and may not be downloaded, reproduced, copied, transmitted or manipulated without my written explicit permission. Peace and love be with you. Namaste.