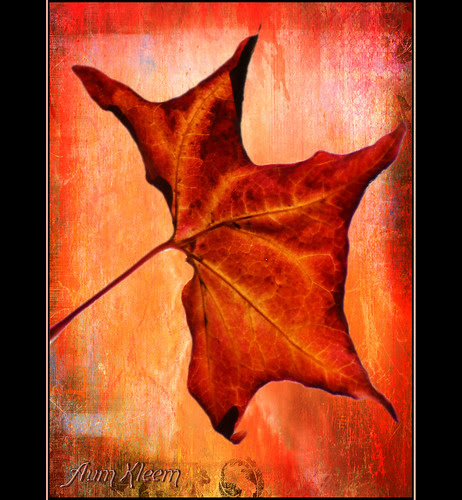 Try out Saskatchewan's newest Sunday afternoon tourism trend. Discover a part of Saskatchewan's history and seek out an abandoned ghost town. Walk down main street of our pioneer's community and imagine what life was like a century ago.

Why did the settlers arrive to settle here in this particular location? What was the community like, and how large did it get? How many children attended the one room school house, and how far did they travel? Did the community main street once boast a store, church, hotel and elevator? What were the stories behind the communities who are only remembered by their cemeteries? Were there once barn dances and Christmas socials at the schoolhouse? What occured to cause the abandoment of the buildings at this site? What are the real life stories behind the ghost towns?

According to the Saskatchewan Atlas edited by J.H. Richards and K.I. Fung, they used the terms unincorporated hamlets and settlements in Saskatchewan. A settlement may disperse over a greater area than a hamlet, and a locality may refer to a settlement without post office or community.

Whereas, the Atlas of Saskatchewan Celebrating the Millenium Edition defines various unincorporated places in Saskatchewan. A hamlet has a population less than 100 persons, a locality has less than ten residents. A post office is defined by a rural post office site, and a railway point may be a siding or a junction along a rail line. An organised hamlet also has a population less than 100, however would have a chairman, members, and advisors who act for the community in a similar capacity to the role of a mayor or councillor in a city but on a smaller scale. A resort village is also served by a mayor, councillor and administrator similar to a town or village.

Both books define a locality as former communities which may only exist in historical documents, post cards, maps or the designated place, and these placenames were enumerated during census years as a part of the Rural Municipality (RM) rather than as an individual entity or locality.

A locality, or designated place without residents but with visible remains of civilization may, in fact, fit a definition of a "ghost town. Wikipedia goes further, "A ghost town is a town that has been abandoned, usually because the economic activity that supported it has failed or because of natural or human-caused disasters such as war."

Along the highways and roadsides of Saskatchewan still stand deserted homes, schools, businesses and churches of communities once bustling with hope and optimism of new dryland agriculture methods. The depression years coupled with the great drought of the dirty thirties saw a huge exodus from the rural settlements searching for economic prosperity in the cities. Especially hard hit was the area of Saskatchewan defined as the Palliser Triangle consisting of areas of badlands, sand dunes and semi-arid soil, and it is here that a span of highway has the moniker now of Ghost Town Trail, Saskatchewan.

Along with the abandoned buildings are the tales of ghosts, haunting figures and eerie sounds. One of the more famous tales in Saskatchewan is of the ghost train traveling near St. Louis, Saskatchewan. A devasting train derailment occured as well as a fatal accident which laid claim to a pioneering family.

The textures and character of the abandoned buildings have spawned a cult of photographers roaming the countryside to historic ghost towns. The techniques vary from capturing the perfect sunset or sunrise shot, capturing a ghost town at night with innovative light painting techniques or perhaps a ghost town capture offers an opportunity to use high dynamic range HDR photography. Some photography excursions seek out a focal point such as an historic pool elevator, a heritage train station or rusty car in a cloudy summer landscape, a colourful autumn scene or a seasonal winter setting.

Defined perhaps as Saskatchewan's current tourism craze, the Saskatchewan Heritage and Folklore Society SHFS, brings history to life. Plaques and points of interest demark heritage stories, historic searches for diamonds and rubies, or may regale how pioneers would move a whole village to be on the tracks if the railway did not go through town. In the roaring twenties Saskatchewan was at its height in terms of population rise. These horse and buggy days saw numerous settlements spring up approximately every five miles alongside the newly laid rail lines.

You may want to join this trend, popping out for a coffee on a lazy Sunday afternoon, traveling down a little used grid road to uncover a bit of Saskatchewan history. Program your GPS, look up a historical map of Saskatchewan, get the lay of the land, and head out. If you find an abandoned building do not trespass or venture forth inside a decaying buillding. Explore from a safe vantage point from public lands.

Saskatchewan ghost towns, a book researched by Kan Do Wheels and is now online to "tell why a community was born, lived and died". Frank Moore, the author states that "people are returning to some of these towns and buying salvagable buildings...People are coming to realize the slick, future-shocked city life can't meet their needs. And so they are looking for an alternative - a place where they can enjoy a sense of community, take charge of their lives, and know harmony with their environment."

And to echo Moore, "Maybe the ghosts will live again!"

"A man who is not afraid is not aggressive, a man who has no sense of fear of any kind is really a free, a peaceful man." Jiddu Krishnamurti. All rights reserved. Copyright © Aum Kleem All my images are protected under Canadian and international authors copyright laws and may not be downloaded, reproduced, copied, transmitted or manipulated without my written explicit permission. Image: Second spring"Autumn is a second spring when every leaf is a flower." ~ Albert Camus The images may, in fact, be licensed throgh Getty images. Peace and love be with you. Namaste.