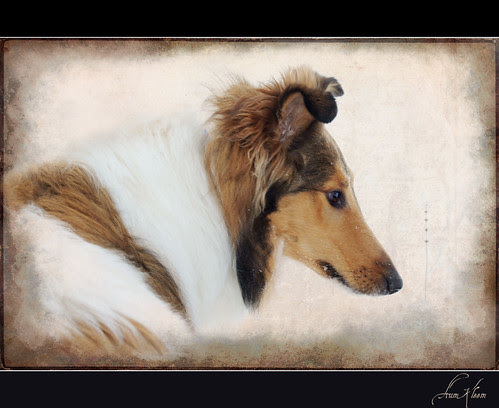 It is truly an exciting time for genealogists and historians researching roots in Canada, as public record keeping which began in pre-confederation times, and in the early years of Canada can now be released to the general public. The Dominion of Canada was formed July 1, 1867, which was


Census records provide invaluable information to the genealogical researcher. A primary source record when gives the family members in relation to the head of the family, the address. The agricultural census provides a look at land holdings and livestock to get an idea how a homesteader was faring proving up his land in the early twentieth century.

The census taken every ten years between 1851 to 1911 have been indexed and offered online at ancestry.com. Searchable as well is the census of western Canada taken in 1906 and 1916. This was part of a project initiated in 2008 when the Library and Archives Canada partnered up with Ancestry.ca Additionally the historical census are also searchable online via Ancestry.com covering the era between 1851-1916.

The original holdings of the census or the primary source records are at the Library and Archives Canada. To search for a particular family or surname, the census originals on the LAC web site are arranged by Federal enumeration district. To determine the district you can search for the land location through the homestead (land) records, by reading a local history / family biography book, the census records transcribed on automated genealogy, using a rural municipality or historical map to determine township, range and meridian, searchable database, finding the cemetery, birth, death or marriage (bmd) record which would record the place of residence

Ancestry.ca took it upon themselves to digitize and index the microfilm records in the LAC holdings. At some time the complete digitized records will be available free of charge to visitors of the LAC website. At this time, the Census of the Northwest Provinces, 1906 is fully searchable on Library and Archives Canada by surname, given name, age and province.

When using the census for other years at Library and Archives Canada to locate an ancestral family, a knowledge of historical geography will be of assistance. Saskatchewan became a province in 1905, and before this the population was enumerated as part of the Northwest Territories. In 1882 the Northwest Territories were divided into provisional districts using distinct and different borders than the current provinces.


Provincial archives additionally have a number of other village and town census records. These records done on the years when the National census was not being taken were compiled to determine the localities eligibility to incorporate as a town and the need to show the pre-requisite population of 500 or more residents. If a town, the locality may choose to incorporate as a city with a population of 5,000 or more persons, if the census count so warrants.

Public libraries have on file the census 1666-1916 available on microfilm or can obtain it via interlibrary loan if they have a microfilm reader. Along with the Census of Canada, the 1918 Census of Independent Doukhobors: Manitoba, Saskatchewan, Alberta and British Columbia compiled into a finding aid by Jonathon Kalmakoff is available through the provincial archives and libraries.


"Library and Archives Canada is pleased to be part of this collaborative agreement with Ancestry.ca, which" said Mr. Ian E. Wilson, Librarian and Archivist of Canada, "...will truly enhance Canadians' ability to fully explore their documentary heritage and will also be of great interest to those around the world with ancestors who immigrated to or visited Canada."

"This is a win-win relationship for Library and Archives Canada and Ancestry.ca as the partnership," says Josh Hanna, Senior VP, Ancestry International reports, "...will create a seamless flow for digitizing and indexing vast Canadian records and will be a huge benefit to family history researchers in Canada who will soon have the opportunity to access more collections than ever before."


The Church of Jesus Christ of Latter Day Saints also partnered with Ancestry.com providing the expertise, experience and person hours in the indexing of the 1916 census. Family Search now provides the 1871, 1881, 1891, 1901, and 1916 census online . The
1911
census is in the Family History libraries.

The Library and Archives Canada has indeed become "your gateway to Canadian's past." It is with pleasure and inspiration to see the several diverse communities and organizations come together to share the information in the new digital age. Enjoy the new records being released which provide an insight into diverse peoples and settlers. The information reveals a fascinating insight into Saskatchewan's rich agricultural history and multicultural heritage. ~ Article written by J. Adamson


Gazetteer of U.S. and Canadian Railroads 1922

What to Search Topics: Genealogy and Family History ~ Library and Archives Canada 2011-08-22.

How do I locate my ancestor's home town in Saskatchewan? Have you ever visited your ancestral home?

Thank you for stopping by, your comments are much appreciated. All rights reserved. Images copyright © Aum Kleem; Article copyright © J Adamson. All my images and text are protected under international authors copyright laws and Canadian photography laws and may not be downloaded, reproduced, copied, transmitted or manipulated without my written explicit permission. They may be licensed through Getty images. Peace and love be with you. Namaste.