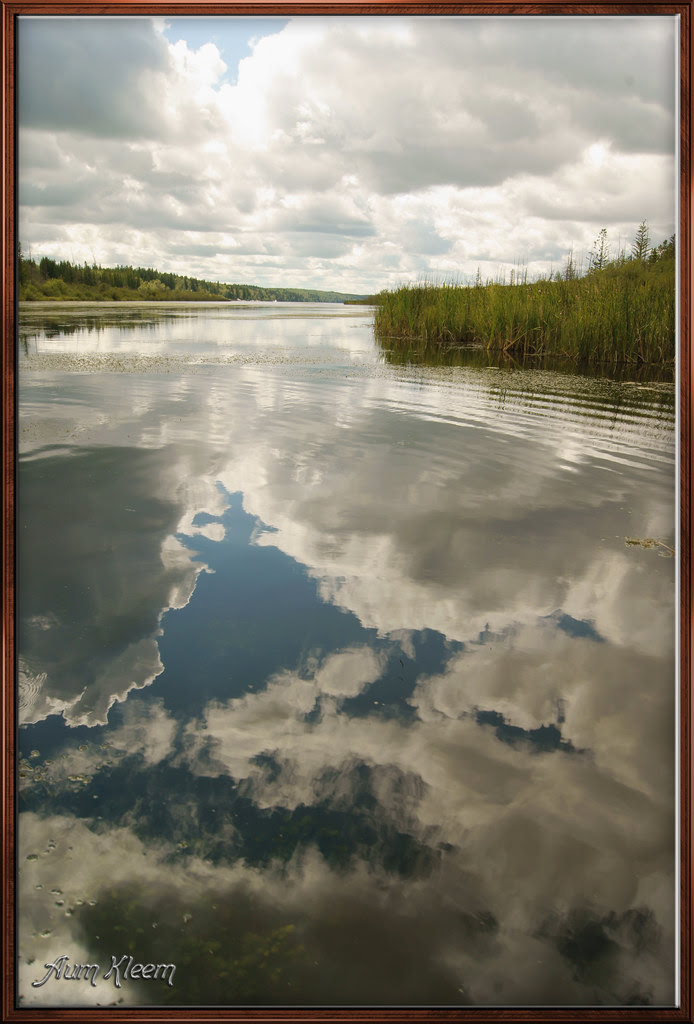 Homesteads of one hundred and sixty acres of land were offered by the Dominion Land Act of 1872. They were created as the Dominion Government wanted British Columbia to join the Dominion and B.C. would only do so if there was a transcontinental rail line built joining them to eastern Canada.

Captain John Palliser led a Royal Geographical Society expedition (1857-1860) that explored the Canadian West in an attempt to survey the region's resources, provide an early analysis of where to best lay a transcontinental railway, and to assess the economic potential.

In 1853, Palliser wrote the book "Solitary Rambles and Adventures of a Hunter in the prairies." It was his advice that the railway should be surveyed from Winnipeg up through the area which later housed the Northwest capital of Fort Livingstone (1873-1876) east of present day Norquay and Kamsack. He suggested he rail should extend north of the Eagle Hills through Battleford, to whit, this area became the North West capital between 1876-1883. Following along, the rail would run through to Edmonton. By 1885, the telegraph lines were surveyed and laid in the west following this route including Fort Pitt at Frenchman's Butte and Fort Saskatchewan enroute to Edmonton.

Palliser was of the impression that the ony settlements arising in the west would be north of the tree line in the forested area of the Northwest Territories and the economic mainstay would continue to be the trapping industry. This area was believed to be the only place to obtain wood for building houses and subsequently heating them through the prairie winter.

"In Pallisers Triangle, Living in the Grasslands 1850-1930 delves into the living conditions during a time when the grasslands were experiencing drought like conditions similar to those experienced in the 1930s. The area called Pallisers triangle was thought to be an extension of the American desert.

John Palliser's conclusions were: "[This area now known as Saskatchewan] can never be expect to become occupied by settlers...it can never be of much advantage to us as a possession." Captain Palliser became famous or perhaps infamous, for these words.

Henry Youle Hind and Simon Dawson set out on a subsequent expedition 1857-1858 which showed a much larger area of land was fertile than previously asserted by Captain John Palliser on his expedition. Hind was a botanist and saw the potential for agricultural settlement in viewing the native grasses and plants growing in the river valley area near Long Lake. It was due to his report that the survey for the rail lines took a more southerly route from Winnipeg then south of Long Lake where the settlement of Regina later established itself becoming the capital of Saskatchewan (1883 to present). This route was more economically viable to the rail lines.

On November 19, 1869, the Hudson's Bay Company agreed to surrender Rupert's Land to the Dominion of Canada for 300,000 pounds and 120th of lands in the fertile belt. (This amounted to 3,351,000 in the current province boundaries of Saskatchewan). This request was given Royal assent June 23 180.

Sir Clifford Sifton, Minister of the Interior initiated a huge advertising campaign for immigration. Homesteads of one hundred and sixty acres of land were offered by the Dominion Land Act of 1872.

Europeans were familiar with settlement acts. In 1763 Catherine the Great issues Manifesto inviting foreigners to settle in Russia,and in 1862 the United States enacted a Homestead Act inviting immigration to America.

The terms of the Russian 1763 Manifesto, held that immigrants to Russia would receive communal property, implement their own education and for the majority exercise their religious practices and be exempt from serving in the military and paying taxes.

The American Homestead Act of 1862 offered the settler 160 acres (64.75 ha) of land, free of monetary cost in exchange for an agreement that the homesteader remain living on the land and cultivate it for a minimum of five years.

Western Canadian homesteaders could purchase a quarter section of land (160 acres) for a filing fee of $10.00 on the condition that they clear ten acres and construct a domicile within three years. The homesteader was expected to live on the land and cultivate it for six months out of every year in this first period This condition for "proving up the homestead" provided for settlement in the west, and prevented speculators from buying up large amounts of land. Land agents inspected homesteads to ensure that improvements were made annually.

These were the main factors at work to create opportunities for homesteading in the "Last Best West". The North West Territories evolved from a hunting and trapping lifestyle to a farming population. The creation of the province of Saskatchewan occurred in 1905.