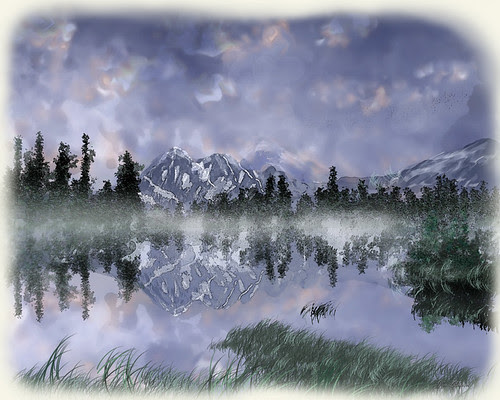 The school inspector provided direction for inexperienced school board trustees and one room school house teachers. Such supervision was needed in the early twentieth century when teachers had very limited professional training. Teachers were expected to become community leaders." The school inspector "had expert preparation in community leadership and school organisation and professional supervision in the ordinary school subjects....to give him [teachers] sound advice when community troubles arise; and to help get results in the classroom."

Inspectors traversed on average 4,050 miles (6,518 kilometers) in one year. The inspector would travel roads many times not much more than prairie cart trails, or upon survey roads which were graded and built "on the square". The early Model A and Model T Fords had neither heaters, "windshield wipers, not speedometers, but one did not worry about exceeding speed limits; one was just thankful the vehicle kept crawling along." It wasn't until the 1930s when the V-8 model emerged. The early roads were often impassable, and the inspector relied upon farmers and their teams of oxen to "pull him out of the mud holes.

The inspectors mainly used automobiles to complete the circuit between their one room schoolhouses. School inspectors may have rent their transportation from the livery barn and then rode up to the school astride their horse. It has been recorded that horse and rider may travel as much as 7,000 miles (11,265 kilometers) in one year. The inspector on their long sojourns met with bad road conditions, weeks away from home, sporadic meals, and sleeping quarters often shared with bedbugs. Inspectors endured harsh conditions, especially in the newer developing portions of the province. Carrying along their own camping outfits, bed, and cooking utensils they would embark on their visits to each school in their inspectorate.

A school inspector may well indeed travel through about five municipalities in the smallest of inspectorate areas. Inspectorate region 24 south east and south west of Saskatoon in 1916 served the highest number, 90 municipalities. A school district could form when an area smaller than 20 square miles (52 square kilometers) had a minimum of ten school aged children and four persons who could be assessed for school purposes. No student should "walk or ride their horse more than three to four miles" to school.


The school inspector upon his visit once or twice a year would not only check to see how the pupils were progressing in their studies, and their conduct but also to offer a guiding hand to the teacher to improve their teaching ability. The teacher may be instructed in new modern teaching methods, such as teaching readiny..by word recognition by sight, not the old fashioned phonetic way." During the time spent at a one room schoolhouse, the inspector, arriving suddenly may give an impromptu lesson such as reading the poem by the Middle Ages poet "Caedmon" and requesting students to write the poem in their own words. Mr. Francis, a school inspector assured the Cairnsview students and teacher that they were the best singers in his whole inspectorate! His inspector visits always ended in a fun-filled sing song.

In 1886, when it came time to conduct the student examinations, the pupils were apt in answering questions put forward by the inspector, the Reverends and the teacher, The students showed excellent knowledge of the maps and globe provided to the school a short time ago. Valuable prizes were handed out to the young scholars, and the school received a grand edition of Tennyson's poems for general proficiency.

"When the school inspector walked in, the class pulled itself together and determined not to make any mistake this time.
All went well until the Inspector picked on Jimmie.
"Now, my lad," he said, "what's the plural of mouse?"
"MIce," said Jimmie.
"Right, " said the inspector, "and now, what is the plural of baby?"
"Twins," said Jimmie, and that did it. --reports London Answers in a Chance to Smile This sums up the atmosphere nervous, maybe "Scared", of a school teacher and class in a one room school house receiving her inaugural first year School Inspector's Report.

In the November 8, 1915 edition of The Morning Leader School Inspector for Yorkton, J.T.M. Anderson, noted that " Continuous readjustment by small and almost imperceptible degrees was the idea at which educators should aim...for educational conditions which required to be remedied.... they [teachers] must more than ever be leaders in the various communities. Their work must be larger that the mere teaching of the three r's, or even the teaching of English. They must be true interpreters of our Canadian life." Canadian citizenship and sentiments within immigration settlements was indeed a focus in the years of World War I (1914-1918).

It fell to the school inspector to "give sound advice when community troubles arise, and to help get results in the classroom", and visit the farm homes of families with truant children to tell them to start school. In 1916 there was provision in the School Act to provide instruction in a foreign language during the last hour of the school day. It was up to the school inspector to find a teacher who could fulfill this requirement if a community requested it. In 1928 Dr. Anderson, a former school inspector, spoke out for educational advantages for all, government inspection in all schools, education for those residents who could not speak English, and for schools which could not procure a teacher. Teachers were scarce in 1942-1943 due to the war and inspectors ratings were more lenient than during the thirties. Citizens could be conscripted to teach.

The school inspector's report addressed concerns which the school's board of trustees were to address such as a new school house which they may be able to comply with, or not be able to meet due to a shortage of money. The school inspector also informed the communities of building recommendations such as the proper type of furnace to procure, or when the Department of Education was undertaking new projects such as giving new floors to those schools when were in need of them.

The school trustees and the inspectors worked hand in hand. Following the board meeting, the school inspector would sanction all orders before being sent out. It was upon the school inspector's rating of school house and grounds, equipment and teaching that the school district would be eligible for grants which were "one of the strongest powers of persuasion a government has. A.W. Keith, Inspector of Schools, stated "During the year an effort has been made by many of the schools towards improvements in such matters as school gardening, playgrounds, better buildings, enforcement of attendance and general compliance with the school regulations."

At times the school inspector may be quite impressed that the "square dancing class" at Boston School was asked to put on a display at the next Teacher's Convention which was exploring "New Techniques in Education." At Wilbert School, the Junior Red Cross tea fund raiser received a special mention. It was a social and financial success in the community and helped students develop their organizational and socializing skills.

Senator Calder, a former school inspector "considered one of the fundamental weaknesses of the Canadian educational system was that teachers of small rural schools were not adequately equipped for their work and were underpaid" in the spring of 1944.

Though the school inspector visit may be trying for student, teacher and inspector, "meeting people from all walks of life, inspiring teachers and students, and encouraging education in general made it all worth while."

compiled by Saskatchewan One Room Schoolhouse webmaster Julia Adamson All rights reserved. Copyright © Aum Kleem. All my images and text are protected under international authors copyright laws and Canadian photography laws and may not be downloaded, reproduced, copied, transmitted or manipulated without my written explicit permission. They may be licensed through Getty images. .. Peace and love be with you.
Namaste. 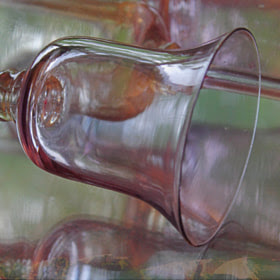