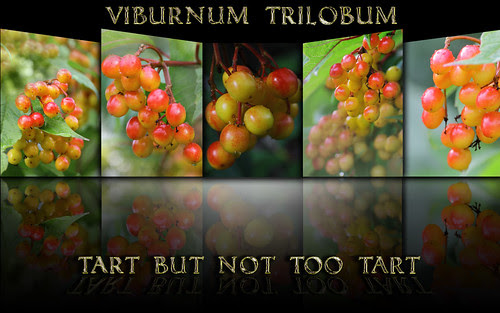 Wherever there were ten school aged children within a 36 square mile area, early Saskatchewan pioneers and homesteaders could apply for a One Room Schoolhouse District. The little white schoolhouse soon began dotting the prairie landscape, and along with it came a host of attendant responsibilities. Communities elected school trustees to apply to the provincial government and the rural municipality for funding towards schoolhouse, teacherage and barn construction costs, teacher, secretary salary. A teacher was required along with support structure of water, books, maps, desks, stove and heating fuel.

Rural farmers or homesteaders were faced with the challenge of proving up their homestead which necessitate that the new settler must build a residence, live on the land for three years, make improvements and break a minimum of fifteen acres. Times were hard, money was scarce, community residents could pay taxes or supply a couple days per quarter section labour constructing much needed roads, bridges, and fireguards in lieu of paying taxes. However, it was the taxes which kept the one room schoolhouse operational and paid the school teacher's salary.

Dr. Harold W. Foght, reported in A Survey of Education 1918 that Saskatchewan had 3,608 school districts operating in 1916 under 4,279 teachers, with another 406 school districts which had been organised. "By the early 1930s, Saskatchewan possessed 4,371 rural schools...These schools were administered by 4,371 autonomous school boards, composed of 13,113 duly elected trustees, 4,371 paid secretaries, and a retinue of odd jobs people, who kept the school clean, hauled and cut wood for the classroom's pot bellied stove, and supplied water to schools which were without their own wells ~ that is, where these chores were not part of the teacher's duties," reported Robert Tyre page 3 in Tales out of School ~ The Little Red Schoolhouse.

To maintain a one room schoolhouse in 1915 ratepayers were apportioned taxes based upon the number of students attending school which covered half the teacher's salary. The remaining portion of the salary was collected from taxes based on a fixed rate per quarter section of land in the school district area. On average a resident may pay between $17.00 to $23.00.

Teachers during this era may receive $20 ro $30 per teaching month along with housing and the lower salary supplemented with farm goods. Teacher's were expected to work out or farm when school was not in operation.

"There are too many School Districts with summer schools only, a scarcity of duly qualified teachers to man the existing districts and the new ones daily created, ...four-fifths of Saskatchewan's school children are denied the advantages of an education which town and city people can and do enjoy," reported Arthur A. Frye on interviewing a rural school teacher. The system of non-education set in place in 1915 was considered more expensive than Consolidated Schools with qualified teachers.

Even though legislation was passed in Saskatchewan as early as 1920 had passed legislation in favour of consolidated schools, but as Sir Frederick Haultain, chief justice of Saskatchewan and chancellor of the Saskatchewan University, pointed out that Saskatchewan's small population did not support such provision.

Mr. Morris secretary-treasurer of the Ontario School Trustees' Association felt that consolidated schools in Ontario, of which there were 16 in 1922 would be more successful in that province. Saskatchewan being more sparsely populated would face higher operation costs.

Premier W.M. Martin, Saskatchewan's minister of education in 1921 spoke of the costs to maintain both the consolidated schools and the transportation costs. "The law calls for the province to provide one-third of the cost of conveying the children to school in the consolidated districts. If all the districts in the province were to consolidate, I do not know where we would get the money to pay the costs. Earlier, Martin mentioned that Saskatchewan had about 4,500 schools in the province. The rate of taxation is at $40 to $75 a section to maintain a consolidated school.

It was in 1939, that Mr. Justice W.M. Martin leading a commission on Education advised that a fair and equitable salary for teachers. Schools were managed jointly by the provincial government authority and locally by the school district, and during this time the government was finding it difficult to collect taxes to pay for the schools, and the school district, as well was hard pressed to raise funds. A new system for collection of school taxes wax implemented in 1939 which helped to impose a minimum wage of $700 for teachers. Rural districts reviewed their taxation rate to raise the operational costs of $950 for a one room schoolhouse.

Problems arose in 1946 trying to transport children to consolidated schools over roads which could not be cleared of snow due to a lack of equipment.

Rural municipality borders should be set before those of the consolidated school units to ensure more uniform tax rates collected by RMs advised J.M. Wheatley of Chancellor, AB president of the Alberta Union of Municipal Districts addressing the 1946 Rural Municipalities Association delegation.

Historically, in 1916 each rural municipality had dealt with on average about fifteen one room schoolhouse districts.

"Education is simply the soul of a society as it passes from one generation to another."~G. K. Chesterson