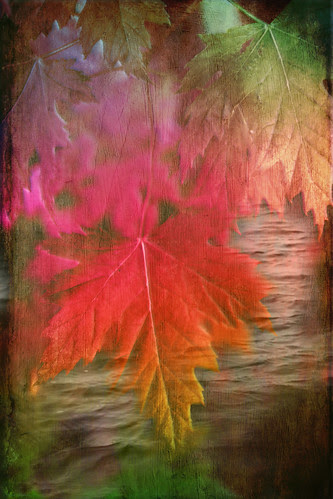 Distance Learning ~The History of the Saskatchewan Correspondence School

Correspondence lessons were initiated and petitioned for by Catherine Sheldon-Williams who was Saskatchewan's pioneer in the field of distance learning. Her courses nurtured individual students residing in isolated areas, regions without one room schoolhouses, and areas without high school collegiate institutions, opening to them new opportunities to reach their potential. The courses expanded to include ill pupils, those who were physically disabled, and adults seeking education.

Both the Sheldon-Williams Collegiate in Regina and a public school scholarship are named in honour of Miss Catherine Sheldon-Williams, commemorating her works, a true "Adventure in Education". Or, perhaps Charles Dickens says it best, "It is well for a man to respect his own vocation, whatever it is, and to
think himself bound to uphold it, and to claim for it the respect it deserves."

Education by mail first originated in British Columbia to serve the educational needs of a lighthouse keeper's family. The British Columbia Minister of Education, J.D. MacLean was wary of the success of such a programme; "To carry on the education of children in remote country districts unprovided with a school through a system of correspondence cannot, I am afraid, prove successful. Some degree of success would attend the system in the case of say high school pupils but constant supervision by a teacher is necessary if progress is to be made by pupils who have never before attended school." The experimental lessons were an immediate success, 86 pupils were enrolled by the end of the first year, over 200 in the second.

Catherine Sheldon-Williams (1869-1949) born in Hampshire, England arrived at the Cannington Manor, Assiniboia, Northwest Territories in 1889 and soon thereafter changed the education landscape in the province of Saskatchewan. Starting out by assisting her father, a gentleman farmer on the land, she soon turned to teaching and began her career at the Wolseley Normal School. She was placed in charge of the Boys Industrial School in Wolseley in 1915.

The former court house in Wolseley was converted to an Industrial School housing youth between the ages of ten and 17 who run afoul of the law. For those working with these youth, special qualifications, patience and a friendly interest in the child were needed to avoid any further court proceedings. Youth could be paroled from the Industrial School to a foster care home with progress shown in school lessons, proper conduct and industry in farm, and shop work such as shoe repairs, baking or laundry duties.

Between 1919 and 1920 the boys living at the Boys Detention House in Wolseley were moved into the vacant Regina Indian Industrial School building which continued to serve Saskatchewan's delinquent and dependent youth until a fire destroyed the building in 1948. (The building is re-built as the Wascana Rehabilitation Center, then the school was moved to to the outskirts of Regina and became known as the Paul Dojack Center for youthful offenders.)

Sheldon-Williams had initiated a 'school by mail' on an unofficial basis as part of a follow-up service to youths released from this detention facility.

Joining the Saskatchewan Department of Education in 1920, Sheldon-Williams campaigned for a province wide correspondence school, "she used the needs of the settlers as expressed in letters and reports, as well as her own interest in and dedication to correspondence education, to convince the decision makers to provide education by mail to remote sections of the province."page 87

From these humble beginnings the "Saskatchewan Correspondence School" arose in 1925 to bring education to remote rural areas. The original intent of the School was to enable pupils to continue on with their secondary schooling past the grades offered in the One Room Schoolhouse.

Housed in a small room in the West Wing of the Regina Legislative Building, Sheldon-Williams worked alone between 1925-1927 preparing lessons and handling all the typing and clerical work. She adapted the lesson sheets individually to the level of learning for her initial 44 distance pupils, empathizing with each student needs no matter the distance.

The imperative within correspondence schools is not only the preparation of course development, the lessons, examinations, texts and materials but being responsive to the needs of the student providing them with support. There is an Instruction Sheet for the Home Instructors, who may be one room schoolhouse teacher, or "the busy mother on a farm who comes in from planting crops to dictate Johnny's Spelling lesson." Personal letters, snapshots begin to convey to the Correspondence School teacher, the living conditions of the students and their family, and their school background. The Correspondence School was not just a repository of reports, and school marks, but also a contact between the child in a solitary outpost and the outside world via their distance tutor.

Eighty years later this continues said Sandra Lalonde, assistant principal of the Saskatchewan Government Correspondence School “But I know from when I taught that you get to know the voice of the students and you do establish a relationship which is very gratifying. Our students tend to be more independent learners in a lot of ways and we see our role as being their guides."

By 1926 the the enrolment of the Saskatchewan "Outpost Correspondence School" and in 1928, 247 students. The service soon expanded to serve not only isolated students, but those suffering from illness or physical disability, those employed in an occuaption, and adults.

Manitoba's provisional department of education followed suit, and established their school system of correspondence to enable students living in remote areas to receive instruction, as well as those pupils limited by physical handicap.

If an older student could not be transported to these locations for their secondary education, the correspondence lessons supported those pupils who wished to broaden their learning opportunities. Likewise, students who could not attend school in an area which could not support a one room schoolhouse, could be granted a formal education and receive lessons by mail. During times when a teacher could not be found for the one room schoolhouse, or under conditions of low enrolment when a school closed correspondence lessons served successfully in their stead.

In public school children were taught Standards I-V between 1889 and the 1920s. The first high school grade was referred to as Standard VI before commencing with grades 1 through 8 for the elementary schools. It was not unusual for a one room schoolhouse teacher to teach as many as seventy students in grades one to eight and provide supervision for the older students who took grades high school classes by correspondence. As teachers were in short supply it happened that a public school graduate may be hired to begin teaching school, and that they finish their high school grades via correspondence.

Correspondence schools indeed did fill a much needed resource for those living in sparsely populated regions. The "Grand Lady of Saskatchewan Education", Sheldon-Williams, enabled students without access to a high school to continue on in their education. Sheldon-Williams, "The Lady on the Bicycle", continued on with the correspondence school until 1929. Grand Lady of Saskatchewan Education garnered this moniker, as she always rode her bike, named "Eustache" wherever she went. It was in 1930 that the Saskatchewan Correspondence School was formed to continue the work of the Outpost Correspondence School.

About 20 per cent of correspondence students were of foreign extraction. James Hargreaves, officer-in-charge of British Columbia's mining
correspondence courses noted that after several years these pupils did not show the same progress as English-speaking correspondence students due to the difficulty of receiving assistance from their parents. In many such cases, an interested friend often came forward to help these students.

The school continued with advancements adding radio broadcasts in 1931, computer based internet learning in the 1970s and television broadcasts.

The Saskatchewan Correspondence School became the forerunner to home-based education which became recognized formally in Saskatchewan legislation in 1982, and in 1987 polices, and procedures regarding the operation of a home base school were implemented with a parent Handbook released in 1994.

“I would say we have students in most schools in the province and in fact some of our biggest classes are in our urban areas. It’s not like what people might think and that students are in some outposts. Originally maybe it was more that way, but we have such a range now that you can’t say that,” said Lalonde, “We look upon technology as an opportunity to assist and guide our students and to provide them with additional resources. We would be in trouble if we didn’t evolve our programs and it’s just another way we can have better connections with our students.”

"Education is the knowledge of how to use the whole of oneself. Many men use but one or two faculties out of the score with which they are endowed. A man is educated who knows how to make a tool of every faculty--how to open it, how to keep it sharp, and how to apply it to all practical purposes." ~ Henry Ward Beecher

Other sources are given inline within the text of the article.