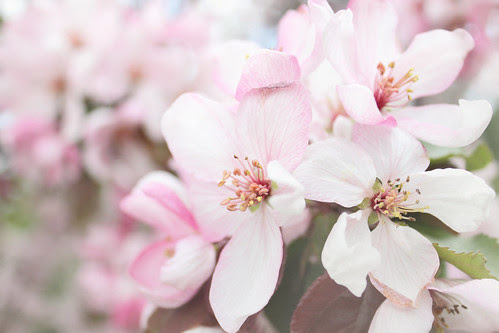 Here are the answers to the Landmarks and Geophysical Saskatchewan Placenames. Quiz Two. Along with the quiz, Saskatchewan historical information and invaluable resources to locate placenames in Saskatchewan were provided.

Census records canvas individuals by enumeration areas. Rurally the census records the legal land description as the address for each resident. Additionally, the rural municipality has been recorded by the census representative as the residential address in some census years, particularly on the newly released 1916 census records.

Additionally perusing Saskatchewan historical places in conjunction with their modern area names along with rural municipalities and their names facilitates the location of local history and family biography books which were compiled by communities for the 50th and 75th provincial anniversaries.

1. Algae, Water basin. Answer. Green Lake. Green Lake is a northern village of Saskatchewan which had 361 residents in 2006, the last census. Located amidst the lakes region of Saskatchewan, the village is 17 km (11 miles) from the lake of the same name.

3. Grand earth. Answer. Goodsoil. Located in the rural municipality of Beaver River No. 622, Saskatchewan, the village of Goodsoil has a population of about 250 residents. Father J. Shultz and F.J. Lange Sr. came together offering land in the area in 1926.

4. Rapid, Waves. Answer Swift Current. The city of Swift Current makes its home on the banks of the Riviere au Courant or the Swift Current Creek. The creek and Battleford-Swift Current Red River Cart Trail encouraged settlement, and ranches sprang up which were further enhanced by the Canadian Pacific Railway depot and bridge across the creek. As early as 1881, the area had developed a Local Improvement District, and the settlement of Swift Current became a village in 1903. Currently a city of about 145,000 residents along the Trans Canada Highway. An early letter may show the address as SC, ASSA, NWT or Swift Current, District of Assiniboia, North West Territories.

6. A bend or half turn. Answer. Elbow. The village of Elbow is located within the Loreburn No. 254, Rural municipality. With about 300 persons, Elbow is located on the newly formed manmade Lake Diefenbaker, originally the village was founded upon the South Saskatchewan River in 1909. Lake Diefenbaker is a reservoir created following the construction of the Gardiner Dam on the South Saskatchewan River and the Qu'Appelle River Dam

7. Gigantic, Watercourse. Answer. Big River.
The town of Big River has over 700 residents and is situated in the rural municipality of Big River No. 555. The river through the area was first named by the local Cree. Oklemow Cee-Pee translates into Big River. On historical maps this area would have been a part of Rupert's Land 1670 to 1870. Later historical documents may show the address as either township 56 range 7 west of the 2nd meridian or Big River, District of Saskatchewan, North West Territories between 1870 and 1905. Abbreviated this would be Big River, Sask, NWT. Note; the provisional district of the North West Territories named Saskatchewan does not comprise the same land area as the current province of Saskatchewan. The District of Saskatchewan was only the central portion, between townships 35 and 70.

8. Colour, Meadow. Answer. Yellow Grass. Around 400 persons make their home in the town of Yellow Grass, Saskatchewan. Yellow Grass, had a post office as early as 1896, and it incorporated as a village in 1903 therefore, it would show up on historical documents as Yellow Grass, District of Assiniboia, North West Territories. Located in the south western portion of the province, the Greater Yellow Grass Marsh was responsible for mudslides, and spring flooding in the 1800s and early 1900s. Over 20 dams on the Souris and Qu'Appelle Rivers were required to alleviate the flooding of settlements.

9. Diminutive Mountains. Answer. Little Hills. Little Hills 158—517.20 hectares (1,278.0 acres), Little Hills 158A—38.30 hectares (94.6 acres), Little Hills 158B—131.20 hectares (324.2 acres) are Indian Reserves of about 5 persons located at township 70 range 23 West of the 2nd Meridian about 13 km (8 mi) from the town of La Ronge. These are 3 of the 19 Indian Reserves of the Woodland Cree Lac La Ronge First Nations. La Ronge & Stanley Mission Band of Woods Cree Indians signed Treaty 6 in 1889. Historically the location of the Little Hills reserves was on the border of the North West Territories' Provisional District of Saskatchewan which encompasses township 70, and Provisional District of Athabasca which was north of township 71.

10. Colour, Soil. Answer. Red Earth. Red Earth 29 is an Indian Reserve of 383 residents as well as an unincorporated area or locality found in Carrot River 29A. Red Earth and Red Earth 29 are 5km (3 mi) from each other. Following Treaty 5, signed in 1876, the Red Earth Plains Cree First Nation reside at Red Earth 29 which was first surveyed in 1884 at townships 51, 52 ranges 6,7 W of the 2nd meridian. Carrot River Indian Reserve was surveyed 1894. This would place both historically in the provisional district of Saskatchewan, NWT before Saskatchewan became a province in 1905.

Learning more about the historical evolution of the country, its provinces and regions enables a genealogist to know where their ancestor lived, and where to find current records.

Quizzes:
Test your knowledge of Saskatchewan ~ Quiz One.

The Value of Standardizing Placenames for Genealogists. Quiz One Answers.