The Value of Standardizing Placenames for Genealogists. Quiz Answers 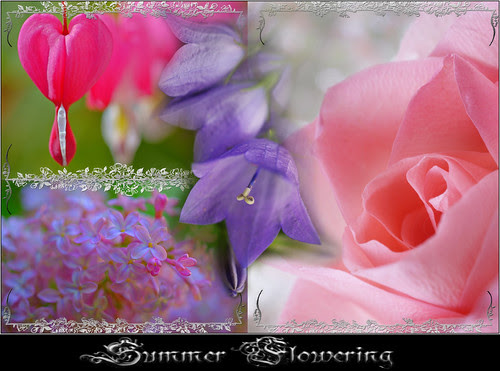 The Value of Standardizing Placenames for Genealogists.

Here are the answers to the Test your knowledge of Saskatchewan. Along with the quiz, invaluable resources to locate placenames in Saskatchewan were provided.

A good practice for genealogists is to standardize placenames consistently every time they enter them in their records, in this way historical naming patterns are preserved rather than attempting standardization at a later date which may change or alter a place name erroneously.

From the beginning, when researching genealogical primary and secondary source records it is important to record the placename in the same format, (town/locality, county/parish/district, state/province, country), in Saskatchewan this would be village/hamlet, rural municipality, province of Saskatchewan, country of Canada. Cities and towns do not belong to a rural municipality as their population is large enough for a city or town council for the administration of civic services, infrastructure support, etc. Places of a low population are enumerated as part of the rural municipality, and this rural government provides the services to rural areas of low population similar to an urban city/town/village council's responsibilities.

It is important to record the source record for the placename when researching family ancestry to remember where searches have been completed and for future verification.

Saskatchewan became a province in 1905, and before this the area was a part of the North West Territories between 1870 and 1905, and Rupert's Land 1670 to 1870. Saskatoon was incorporated as a city in 1903 at the surveyed legal land location of section 33 tsp 36 rge 5 west of the 3rd. For settler records between 1903 and 1905, the placename address would be Saskatoon, District of Saskatchewan, North West Territories, Canada.

Saskatoon achieved a population of 5,000 enabling it to incorporate into a city by amalgamating the villages of Riversdale, Saskatoon and Nutana. Similarly there has been a change in the rural government structure. Rural Municipalities originally were conceived as squares of nine townships (3 by 3) comprising an area of 18 miles by 18 miles. A rural municipality with a small population may absorb and amalgamate with surrounding areas to better provide services. The Rural Municipality of Frenchman Butte No 501 did just that in 1954 and absorbed the R.M. of Paradise Hill, the R.M. of North Star, Local Improvement District L.I.D. No. 532 and L.I.D. No. 56. This huge rural municipality, one of the province's largest, encompasses the village of Paradise Hill. RM 501 administers the surrounding rural areas.

1. The name of a bush; Carragana. Carragana is an unincorporated populated place within Rural Municipality of Porcupine No. 395, Saskatchewan. The village dissolved formally on March 25,1998. Caragana are shrubs or hedges growing 1-6 m (3-20 ft) tall with yellow blooms about mid June. They were a commons sight around one-room school yards in the early twentieth century. They have been used by farmers as windbreaks to help curtail soil erosion. Carragana is named after the Caragana bush, but has remained with a different spelling due to an error on the application form.

2. The name of a berry. Saskatoon. Saskatoon is the largest provincial city population 202,340 in 2006. The Saskatoon Berry bush is a deciduous shrub or small tree that can grow to 1–8 m (3–26 ft) in height. Its growth form spans from suckering and forming colonies to clumped. They are commonly preserved as pies, jam, wines, cider, beers and used as a preservative and flavour in pemmican. The city of Saskatoon, the province's largest city was named after this berry bush, plentiful on the river banks.

3. A male duck. Drake. The village of Drake had a population of over 200 residents in 2006. Located 11 km (7 mi) from Lanigan. Some people use "duck" specifically for adult females and "drake" for adult males, for the dabbling ducks such as Mallards described here; others use "hen" and "drake", respectively. A duckling is a young duck in downy plumage or baby duck. However, according to legend, the village of Drake, Saskatchewan was named after Sir Francis Drake.

4. A good luck symbol. Shamrock. Shamrock, Saskatchewan was originally a community of mainly Irish settlers. Southeast of Swift Current by 84 km (52 mi), Shamrock's population has dwindled down to couple dozen persons. Even still, the village of Shamrock has a separate administration from the rural municipality of Shamrock No. 134 which administers the surrounding rural areas. Since the 18th century, shamrock has been used as a symbol of Ireland in a similar way to how a rose is used for England, thistle for Scotland and leek for Wales.

5. To attempt. Endeavour. Found in the rural municipality of Preeceville No. 334, the village of Endeavour's population is under 150. Endeavour, Saskatchewan was named after a monoplane, the Endeavour flown by Captain Walter George Raymond Hinchliffe DFC, aka Hinch. The Honourable Elsie Mackay was a British actress, interior decorator and pioneering aviatrix who died attempting to cross the Atlantic Ocean with Hinchliffe in this single engined Stinson Detroiter. Named Endeavour, it was a monoplane with gold tipped wings and a black fuselage, powered by a 9 cylinder, 300 h.p. Wright Whirlwind J-6-9 (R-975) engine, with a cruising speed of 84 mph.

6. An historic Canadian Prime Minister. Borden. The village of Borden population of about 225 on the last census is located within the rural municipality of Great Bend No. 405 20 km(12 mi) from Langham. According to the Village of Borden website, the name was changed from Baltimore to Borden by the Canadian National Railroad (CNR) officials to honour Sir Frederick William Borden, KCMG, PC, a Canadian politician. While he was the Minister for Militia and Defence, he was the father of the most famous Canadian casualty of the Second Boer War Harold Lothrop Borden. Borden settled in 1905 was not named in actuality after Prime Minister Sir Robert Laird Borden, PC GCMG KC who was the eighth Prime Minister of Canada from October 10, 1911 to July 10, 1920.

7. Woodworker. Carpenter. Carpenter, designated a locality, is a part of rural municipality of Fish Creek No. 402, According to Bill Barry author of Geographic Names of Saskatchewan, the village of Carpenter honoured Henry Stanley Carpenter, B.A. Sc., OLS, DLS, SLS (LM), Deputy Minister of Highways. This locality is located 23 km (15 mi) from the Batoche National Historic Site of Canada, and 18 km (11 mi) from the Battle ofFish Creek National Historic Site of Canada.

8. Parliamentary assembly. Congress. Congress, Saskatchewan is a hamlet in Saskatchewan enumerated within rural municipality Stonehenge No. 73.

9. Heavenly, Bluff. Paradise Hill. Paradidse Hill is a village of almost 500 persons in northwest Saskatchewan located in the rural municipality of Frenchman Butte No. 501.

10. Coffee. Java. Java is a railway point within the rural municipality of Swift Current No. 137.

As an enjoyable quiz, this helps to provide examples of recording accurately historic naming from source documents and compare such names to contemporary areas, place names, districts, local improvement districts and rural municipalities. At the height of immigration and settlement in the 1920s placenames were becoming established approximately 6 miles apart. The exodus of rural population began during the depression years of the Dirty Thirties. The migration continued to urban centres with a shift away from railway passenger transport towards automotive travel on new and improved asphalt highways between the 1940s through to the 1960s.

Such dynamic evolution resulted in dramatic changes between historic and contemporary maps, and placename indexes. Historically over 3000 placenames for the area of Saskatchewan are reduced to less than 10% of these names listed on modern day maps.