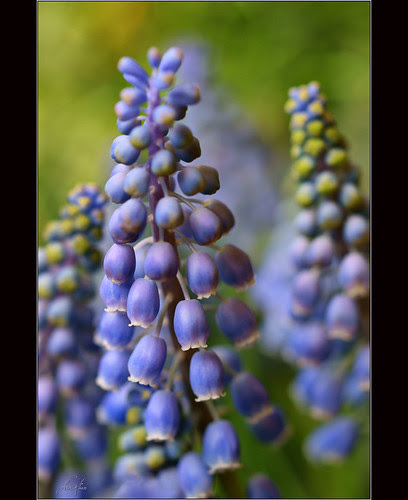 Michelle Justine Lang, (January 31, 1975-December 30, 2009) journalist had ties to Saskatchewan, holding a position in Moose Jaw at the Moose Jaw Times Herald. Her career took her then to Regina where she followed agricultural breaking news for the Regina Leader-Post.

Throughout her formative years in journalism she embraced dedication, tenacity, and enthusiasm.

Graduating from Simon Fraser University, her first journalism position was out of Prince George, British Columbia at the Prince George Free Press. Staying on at the Cariboo Press community newspaper, she was honoured as outstanding junior reporter in 1999.

Her final posting was with The Calgary Herald, Postmedia News.

Her unique interviewing style placed others at ease, enhancing her investigative reporting abilities.

The National Newspaper Award was conferred upon Lang in 2008 for outstanding journalism.

It was soon to follow, that in 2009 she traveled to Kandahar to report first hand on the efforts of the Canadian military seeking to improve life for the Afghan people. On December 11, 2009, Lang set down at the NATO military base at Kandahar Airfield for a six week assignment with Canwest News Service (later Postmedia News) which was cut short in her third week abroad.

It was here that she lived on the Kandahar Airfield base in a tent, and she was free to go off base accompanying the soldiers doing their manoeuvres.

“Prior to her leaving she asked me what I wanted to read, and I said I wanted to read about the good stuff that they’re doing over there. She died trying to get those types of stories,” reminisced her fiancé, Michael Louie.

Canwest, editor Randy Newell spoke of Lang's desire to follow up on her experience as a medical reporter in Calgary, and report on hospital care during her visit to Kandahar.

Wednesday morning, December 30, Lang boarded a helicopter and flew to the Kandahar Military-Civilian base, leaving the comparative safety of the airfield base behind.

Lang, wearing both helmet and body armour traveled along with nine soldiers in the Dand District Centre, Kandahar District, Kandahar Province, Afghanistan aboard a Light Armored Vehicle (LAV-3) as part of the Stabilization Company A convoy.

The Dand District Centre construction project was one of two major initiatives undertaken in December of 2009 by the Canadians following a suicide bombing by two Taliban insurgents in March of 2009.

"They look for quick-fix projects or longer term projects to (give jobs to) those who could be possible insurgents — fighting age males, said Lieutenant-Colonel Pelletier, "It gives them a reason to earn money and that is better than working for the insurgents planting IEDs. At the same time it improves their quality of life. They often work on irrigation canals, wells, schools, mosques.".

The Kandahar City-based Provincial Reconstruction Team was on its second routine patrol when the second vehicle exploded. They were reportedly heading to the Hosi Aziz village at 16:00 to meet with local residents regarding further projects.

Lieutenant Colonel Roch Pelletier, chief of operations for the Canadian brigade in Kandahar reported that the 12 ton vehicle was flipped completely over, and flung off the road by the homemade explosive device, also called an improvised explosive device (IED), set under the road dubbed Route Molson Ice.

The other four Canadian soldiers sustained injuries in the blast along with their Afghan interpreter and a civilian. Corporal Bradly Darren Quast required a number of surgeries to mend injuries to his leg and foot.

Michelle Lang's online blog headlines of her time at Kandahar:

Lang, the first Canadian journalist killed during the Afghan conflict received military honours at a ramp ceremony on January 1, 2010.

I believe the Canadian Forces did it to recognize the people who take the same risks, who are here for the right reasons . . . who are here to learn more and help," spake Adam Sweet, Department of Foreign Affairs and International Trade officer with Canada's Provincial Reconstruction Team (PRT), "She was a real sweetheart. When you talked to her you felt good. Even if you didn't have the answer she wanted, she'd just laugh. She was very easygoing.

The ramp ceremony was followed by a repatriation ceremony in Trenton at the Canadian Forces Base there.

Lang answered the call to duty and although not donned in uniform, her name is engraved with honour on a Saskatchewan plaque remembering fourteen soldiers who fell in Afghanistan as part of the Canadian military mission.

Their memories were also preserved upon the Afghanistan Repatriation Memorial astride the Bay of Quinte in Bain Park near the largest Canadian Forces Base, Trenton wgucg was unveiled Saturday November 10, 2012.

Canada's price in the Afghanistan mission took the lives of 158 armed forces personnel, one diplomat, two aid workers along with Lang. Even though Canada has withdrawn from combat operations in Kandahar, Canada is still active in training Afghan military and police forces for another two years involving 900 soldiers.

The Saskatchewan War Memorial on the Legislative grounds, west of the Provincial Legislature Buildings on Memorial Way, Regina, Saskatchewan, honours over 10,000 Canadian Forces personnel who offered the ultimate sacrifice in wartime and peacetime missions.

Art and Sandra Lang, her parents, attended the unveiling ceremony in Regina, Saskatchewan on Saturday, October 23, 2010.

Along with her parents, her immediate family includes her brother Cameron Lang, and his fiancee Sandra Benavide, and many relatives who mourn their loss. Lang was engaged to Louie from Calgary, Alberta with a proposed marriage date of July 3, 2010.

The Michelle Lang Fellowship, created posthumously in her honour, provides a rookie journalist with six months employment at Postmedia News, Ottawa, and six months at The Calgary Herald. The experience provides networking and first hand journalism orientation facilitating confidence and success for a rewarding career in journalism.

In the preceding decade, over 500 journalists have been killed reported the Canadian Journalists for Free Expression. The Committee to Protect Journalists (CPJ) created a listing online comemmorating over close to 950 journalists killed in action since 1992 providing timelines and narrative biographies.

"While not regularly the subject of news, those journalists who risk their lives reporting alongside the men and women of the Canadian Forces in one of the most dangerous regions in the world should not be forgotten," affirmed Director of Communications / Press Secretary Prime Minister's Office, Dimitri Soudas.

Natynczyk honoured her memory along with the fallen soldiers, "She was a tremendous Canadian, tremendous professional journalist and a role model for all young people and young women striking out on a career that is very difficult,” Natynczyk says, “"You know to some, those are names. To me, those are great people. Great soldiers. Great journalist. People who have gone across to the other side of the world to try to bring peace right here. ... It's very humbling to be here today and to share this with all the families so that they know that their loved ones' service and sacrifice will never be forgotten by our country.“