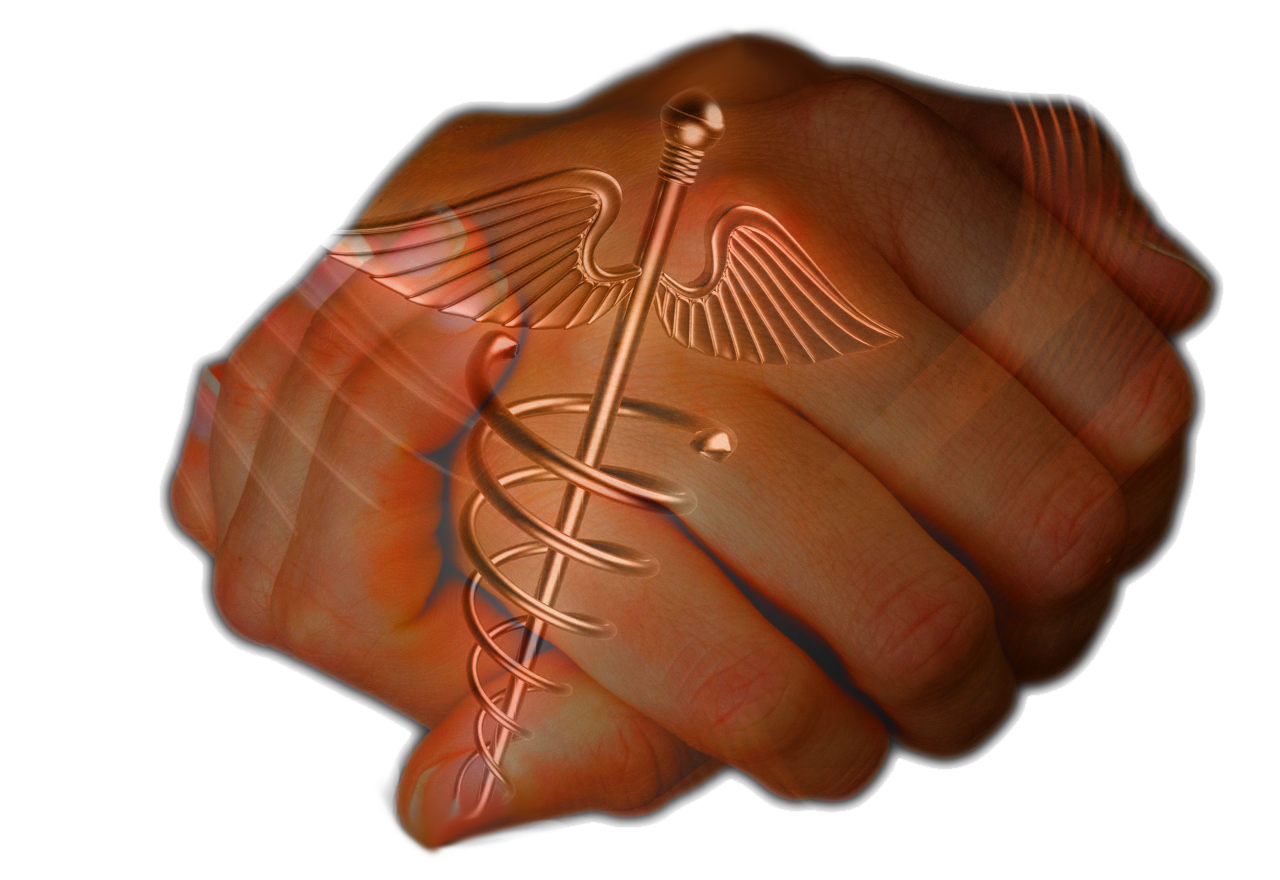 Return to Part I

Tommy Douglas and the CCF

"Tommy Douglas's Co-operative Commonwealth Federation (CCF) government was elected to power on July 10, 1944 with this promise:' To set up a complete system of socialized health services with special emphasis on preventive medicine, so that everybody will receive adequate medical surgical, dental, nursing and hospital care without charge.'"Greenblat 30 The depression years followed by World War II had placed a strain on the province's population. The citizen's were ready for a improvements in the rural health care services, and access to medical care for the general public. The best that Premier William Patterson, Saskatchewan Liberal Party, could do would be to pass The Saskatchewan Health Insurance Act to take advantage of any new federal legislation which may profer funding for health care.

Dr. Henry E. Sigerist, a professor of Medical History, was appointed as the head of a Health Services Survey Commission (HSSC) on June 15, 1944, and the report was finished October 4 that same year. Dr. Mindel Sheps, (CCF), was appointed secretary of the Sigerist Commission C. Stuart Houston sums up the salient points of the Sigerist Report; "He [Sigerist] recommended establishment of district health regions for preventive medicine, each centred on a district hospital equipped with an x-ray machine, a medical laboratory, and an ambulance. He advocated rural health centres of eight to ten maternity beds, staffed by a registered nurse and one or more municipal doctors. He proposed that the municipal doctor plans should be maintained and developed. He noted that the public must be educated to seek medical advice at the centre, so that doctors would no longer spend a large part of their time driving around the country."Houston: Sigerist Commission By 1950, the province saw 173 municipal doctors practising in the province.Houston and Massie p. 34

The HSPC continued on with C.C. Gibson, Superintendent of the Regina General Hospital; T.H. McLeod government's economic advisor; and Dr. M.C. Sheps. As a result, health regions were created. "The Regional Health Services Branch is responsible for the organization and administration of health regions: six of fourteen potential regions are in operation. Regional Health Boards assisted by advisory committees administer general public health services. Health Districts within the Region are represented on a District Health Council. ... In many districts within the other Regions, a municipal doctor system is in operation. Medical services are provided under a contract between the municipal authority and medical practitioner. ...Hospital care is available to all residents under a compulsory hospital plan, which is financed by an annual tax of $10 for adults and $5 for children, with a $30 family maximum; any further funds needed are provided by the Provincial Treasury."CYB 1951. p. 212 The Saskatchewan Hospitalization Act was passed in legislature on April 4, 1956.

Dr. Noel Doig relates that when he set up a practice in Hawarden, 1957, "the basic payment from the surrounding township of Rosedale for holding office hours in Hawarden would be $100 per month, and the payment from the township of Loreburn for holding two weekly sessions in a satellite office in the village of that name would be $100 per quarter. ...Fees for medical care would be over and above the stipulated contract payments....I'd [Doig] also been able to secure my appointment to the staff of Outlook Hospital, 26 miles away along two gravel high3ways (No. 19 to its junction with No. 15...)"Doig p. 5-6

"The federal government passed the Hospital Insurance and Diagnostic Services Act in 1957, which offered to reimburse, or cost share, one-half of provincial and territorial costs for specified hospital and diagnostic services. This Act provided for publicly administered universal coverage for a specific set of services under uniform terms and conditions."Health Canada

In December of 1959, - the year that the "incidence of paralytic poliomyelitis rose in all provinces to tis highest level since vaccination began" - Premier Tommy Douglas "announced that an advisory planning committee representing the government, the university, the medical profession and the general public would be set up to make representations to the government of medical care." Archer p. 303. J. Walter Erb, health minister announced the names of the Thompson's planning committee in the spring of 1960.

This committee after visiting numerous countries, -Australia, New Zealand, Great Britain, Norway, Sweden, Denmark, and Holland- and examining the structure of doctor sponsored plans submitted their interim report September 25, 1961. November 7, 1961, Tommy Douglas, elected as the leader of the newly formed New Democrat party, stepped down as premier. Woodrow Stanley Lloyd of the CCF party, succeeded Douglas as the premier of Saskatchewan. On November 17, 1961, the CCF party passed the Saskatchewan Medical Care Insurance Act. On November 21, 1961, this same government appointed William Gwynne Davies {an initiator of the Saskatchewan Federation of Labour (SFL)} as Minister of Public Health.

On July 1, 1962, Saskatchewan began operating a provincial medical care insurance program. Following his tenure on Thompson's Planning Committee., Barootes, as president of the Saskatchewan Medical Association (SMA) presided over the Doctor's Strike, July 1, 1962 which lasted 23 days. Lord Stephen Taylor from the British House of Lords arrived to Canada at the request of Premier Lloyd, and negotiated an end to the strike between the medical profession represented by the SMA and the cabinet supporting the Medical Care Insurance Commission.

Before Medical Care locally operated municipal doctor programs in receipt of provincial grants served the population. "Since July 1962, every person who has resided in the Province of Saskatchewan for three months...and has paid...and premium he is required to pay under the Saskatchewan Medical Care Act, is entitled to have payment made on his behalf from the Saskatchewan Medical Care Insurance Fund, for medical, surgical and obstetrical care, without limit, in the office, home or hospital, from his physician of choice...Physicians providing insured medical services may elect to receive payment in a number of ways:

"Municipal doctor plans formerly operating in Saskatchewan were discontinued with the introduction of the province-wide medical insurance program, but arrangements were being completed in the spring of 1963 to continue, under local auspices, insured medical services for some 57,000 residents of the Swift Current Health Region which as operated a prepaid medical-dental program for nearly 17 years." CYB 1963-1964 p. 275

"The Saskatchewan medical care insurance program is financed from personal premiums plus general revenue contributions. No premiums were levied in respect of 1962, but an annual premium of $12 per adult or a maximum annual premium of $24 per family has been levied for 1963 for medical care coverage. Special corporation and personal income taxes have been introduced...along with the use of a portion of revenues from a 5-p.c. retail sales tax."CYB 1963-1964 p. 275

The federal government stepped in with funding in 1968 to support medical insurance. Leonard Shifrin noted that 8 provinces of Canada modelled health care upon Saskatchewan's medicare plan by 1979 and the CBC states the entire nation was covered by a medicare plan within ten years of the Saskatchewan Doctor's strike. Saskatchewan's motto; "Multis E Gentibus Vires", Latin for "In Many People's Strength" represents the great cooperative community spirit, which when combined with "the right person in the right place at the right time" paved the way for Saskatchewan to become a leader in medicare.Houston and Massie p. 143

In closing, this brief encapsulation offers an overview of the evolution of health care in Saskatchewan. It is hoped that it may inspire you to reflect on the politics, the health care services, and the effect the various health care systems had on the communities. Please be inspired to comment, compare or contrast how health care impacted their own life experiences. Though this review does not include medical breakthroughs, or technological inventions, nor does it contain the emotions - the hopes and fears - however it does review the history of key events, and some of the key people behind formal legislation paving the way towards medicare. As we are collecting information, comments, feedback, and any reminiscences you may have are greatly appreciated.

It is quite natural that Canadians used to medicare are bringing up the controversy regarding the United States Obamacare program in their conversations. This is an interesting time, observing the reactions, positive or negative that Americans are having with these new insurance policies. We, as Canadians may indeed be wondering how anyone could be against it.

However, in Canada when medicare was introduced, there was in fact, a 23 day strike against Canadian medicare that made international headlines. In contemporary times, few remember the inauguration of medicare, and the strike in health care service that lasted three weeks, a time during the summer of 1962 not to be critically ill.

This experiences are a reminder of the need to preserve personal memories of these events, especially as those who can remember through these times are now are at least in their sixties.

What are your memories of the doctor's strike in 1962? Were you working in the medical field at the time?

What are your memories of life before medicare?

Where did you live?

How old were you (teens, twenties, etc.)?

How did you get information (newspapers, radio, TV)?

Was medicare or the strike a topic of conversation at home or work?

Were you or family members concerned about your health during the strike?

Were you covered by a municipal plan, MSI or other insurance?

If you worked in the medical field, what was the attitude of co-workers?

Please Phone or email Marilyn Decker, - - granddaughter of Matthew (Matthias) Anderson if you have any memories or reminiscences you could share.